Was the past in black-and-white? 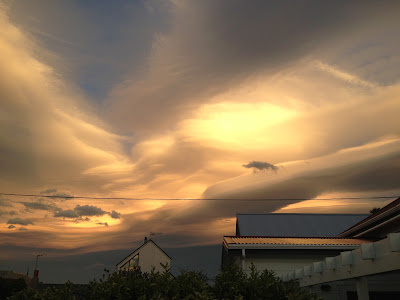 Was the past in black and white?

I was in the Municipal Theatre in Napier the other day buying some tickets. While I waited I gazed at a fascinating photo which adorns the vestibule. It is a wide shot of Napier taken in its infancy, 1872. As usual the photographer (un-named) positioned himself up on the Hill, to get the best sense of scale. 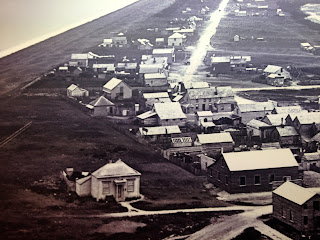 The camera looks down at the infant town which had sprung up with that mushroom-like rapidity of colonial settlements everywhere ( and just like mushrooms, they could vanish as quickly.)

The bigger settlement in Napier at this time was round at the Port, on the other side of the Hill.

But what interests me with this photo is it is almost contemporaneous with the imprisonment of Kereopa Te Rau in Napier….so this is what it looked like, I told myself. 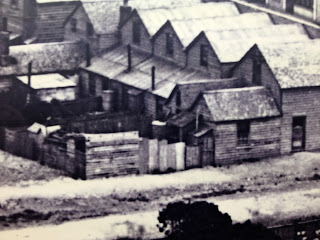 I loved the small details a blown up photo delivered - the washing on wooden fences, the horse tethered in a backyard.

The Athaeneum which William Colenso helped set up. 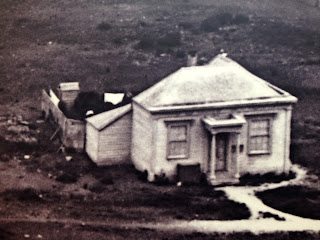 But the determined black and whiteness somehow creates such a stern barrier.
It's like the cliche in film language, when the colour vanishes and the past is shown in either black and white, or sepia.

Yet the fact is the past was, of course, full of colour, and it being the Victorian period, there was an ebullient sense of high colour among colonials, revelling in the triumphs of new dyes and industrial processes which delivered colours never seen before by the human eye (that is, reproduced in a manufactured form.)
Mauve is a well known example  of a 'new' colour which became highly fashionable.
The Victorians actually liked quite garish combinations of colours.

The fact is when one looks at these black and white images, which are quite forbidding in their own way, you have to translate in the other senses - sound, smell and colour. 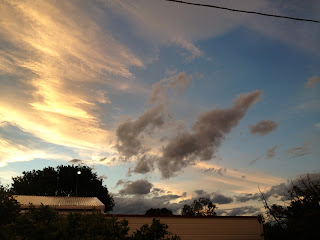 For this reason I am including two shots of recent skies above Napier Hill. Their rhapsodic colouring changes understanding of place in an instant.

In 1872 there is no reason to believe that the skies were not as entrancing on the day this photograph was taken.

So you need a mind altering sense when looking at these black and white images.
In your mind's eye you have to return them to lovely volatility of…what the eye sees.

I would love to be able to do this with my new book. In a sense, change black and white back into the fluency of colour. The aliveness. The volatility.

We'll just have to wait and see…