Going on the Journey.... 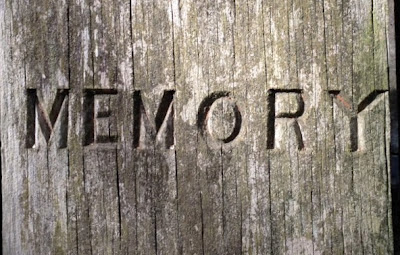 The restriction to NZ content tends to build on itself to create a surprisingly rich sense of culture in Aotearoa New Zealand. The fact it is held in Titirangi too, the beautiful treed village high up in the Waitakeres, deepens the resonances as this was where writers like Maurice Shadbolt and artists like Colin McCahon congregated in the 1950s. So there's something very special about this boutique festival.

I was given four words, 'almost always, never quite' and I could riff in whatever way I wanted.

After feeling thrilled and honoured at being asked, I went blank and then panicked. But something about the equivocation in these words seemed to suit the predicament of the Pakeha.

What is this predicament?

I would define it thus: Pakeha by being the dominant cultural group in the most isolated islands in the world have had trouble creating a sense of their own 'journey' - simply because up until recently they have had nothing to rub up against. They simply 'were'.

However following the cultural revolution of the 1980s, with the growth of a strong Maori voice, Pakeha have had their 'journey' redefined for them.

The journey became that of people who were suddenly changed into being racist colonials who did their best to destroy a noble Maori race who-can-do-no-wrong. This was the total narrative and the unique journey of Pakeha people became hollowed out and to a degree removed from public consciousness and replaced by an endless diet of guilt and mortification.

I wanted to put forward another journey....

And this was - just how hard the journey was for Pakeha coming to extremely isolated islands which lacked any kind of material or industrial infrastructure, islands too where a people had been dominant for a long time (actually just getting over killing one another and turning defeated fellow Maori into slaves) and whose broader concepts were completely different.

I put forward the view that the first few generations of Pakeha probably experienced a pretty profound sort of culture shock.

To give this point of view clothing I looked at it through the lens of the 1897 Clive Flood in Hawke's Bay.

This was when a drought broke and incessant rain began falling over Easter weekend. This led to stopbanks collapsing and basically the 100 square miles riverine basin of Hawke's Bay became a river 60 square miles wide removing ruthlessly anything in its path.

In the township of Clive, near the rivermouths, the water rose to a depth of more than 3 metres. Clive is spectacularly flat and everyone abandoned their houses and made for a wooden bridge - the only raised thing in Clive.

The last telegram out of Clive in the early evening was 'For God's sake help us.'

In Napier the mayor got the train steamed up and he put on two boats with ten volunteers to go out and rescue the beleaguered men women and children.

But when they got to Waitangi, the river next to Clive, the two boats, with the ten men on it, were barely in the water when the final stopbanks collapsed.

With a vast roar and the force of a tidal wave the two boats were swept far out to sea.

The men were never seen again.

Only four bodies were ever found.

The ten men included many family men, with children. These families were immediately plunged into poverty, as the breadwinner had vanished. Life was extremely tough.

There was no social security. So these families were reliant on charity. The country raised money for them and also built a magnificent memorial which to this day exists on Napier's Parade.

But up at the Napier Hill cemetery is where the four bodies lie.

And these are the reality: budget headstones, just a name and a date of death.

Not even a mention that these men were heroes. 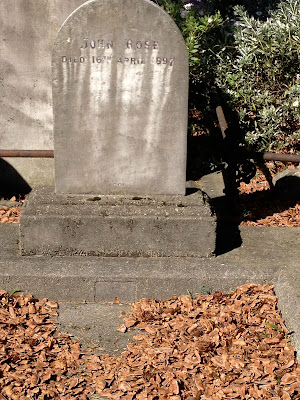 This is a particularly poignant head stone, as John Rose was only a visitor
to Napier.

He just happened to be there.

He was actually a commercial traveller selling furs. He was resident in Brunswick, in Melbourne, a married man with two children.

For whatever reason, on the night of the storm, he put up his hand and offered himself.

Like the other men, he believed in a general good which was more important than that of the individual.

He wanted to help.

And now John Rose lies forever here in Napier, 'a stranger in a strange land' as the dean of Waiapu said at the unveiling of the fancy memorial.

There seems something so poignant in this, yet something moving too.

It seemed to talk of another reality to the one we are so often knocked around the head with. 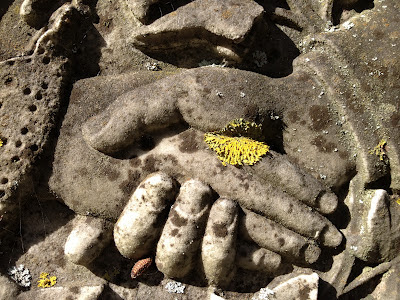 …
When I was constructing my talk, with slides, I said to Douglas my partner, I have no idea whether people will get this.

But I was tremendously moved by the response. People came up to me over the rest of the Festival and told me how much they had enjoyed it.

For some people it was like a lightbulb had come on.

Everyone has to redefine and name their own journey. I regard it as part of my cultural
responsibility to reframe the journey of my ancestors in a way which honours the past, its conflicts and nightmares - but also its complexity and reality.

I felt it was this that people responded to.

And I felt glad.