I was mulling over the Dom Post with my morning coffee when I came upon a startling discovery.

In my research into the land wars of the 19th century NZ I had been using kupapa to mean Maori iwi and hapu who were called Queenites or even 'friendlies' in popular Pakeha parlance.

This meant Maori who for whatever reason joined Pakeha and other Maori and British forces to fight Maori who they regarded as either 'Kingites' or 'rebels'.

Often kupapa did this along the fracture lines of much earlier grievances between iwi arising from the horrific
Musket Wars of the 1820s.

This left such a backlog of ineradicable hatred between tribes that it is historically false to imagine there was a strong sense of an overall "Maori nation" in most of the 19th century. There wasn't.

For example the word 'Aoteraroa' was never ever used to describe New Zealand as a whole. This is as modern an invention as cellphones and about as authentic as tiki-covered tea towels. (I don't mind its usage today but people shouldn't fool themselves it is authentically old.) 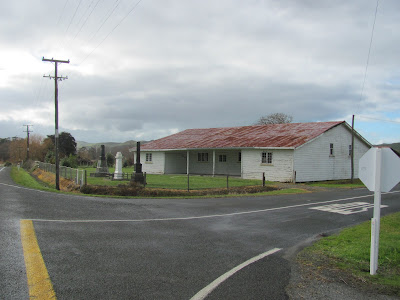 In the Dom Post of Saturday 14 July 2012 an article referred to Labour MPs, at the time of the doomed Foreshore Legislation, 'being heckled as kupapa (collaborators.)'

There can be few uglier words in the English language than 'collaborator'. It is redolent of betrayal. I am most familiar with it in the context of World War 2, when 'collaborators' were people who accepted and benefited from Nazism. It seemed to arise from France, in particular, which had both an official and a puppet Nazi regime. 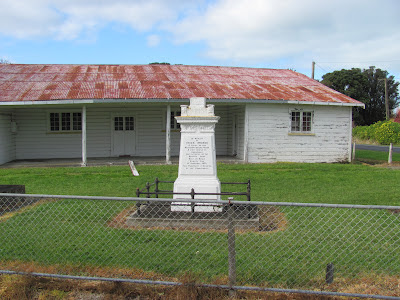 On the other hand there was the heroic 'resistance' that allegedly most French people belonged to. (In fact historically the resistance was tiny. Most French people passively accepted occupation.) So collaborator is not a neutral term.

I would term it 'hot', marginally offensive.

To use the concept of 'collaborator' in the context of the New Zealand past is, to me, extremely sloppy, even offensive misuse of language.

Historically kupapa aligned themselves with the Crown for all sorts of reasons, many of them self interested, or out of a desire to survive a period of maelstrom. Alternatively they did it to harass traditional enemies. 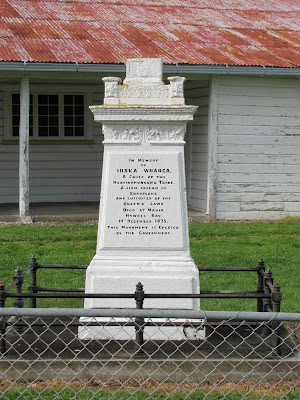 Travelling up the beautiful, weirdly empty East Coast from Napier to Gisborne I came across various monuments (and I have a love of monuments - it seems to me they are kind of like fossils of feeling left behind after powerful emotions have swept by...)

This monument is to Ihaka Whaanga, the distinguished gentleman whose photograph ornaments the front of this blog. He was a chief at the Mahia Pensinsula where whalers set up whaling stations in the early 1840s.

Perhaps this experience helped him to intuit and empathise with Pakeha and all that they could deliver. (You can find out a much more detailed biography of Ihaka Whaanga by Googling him and selecting the Awa dictionary entry.)

Throughout the following period, he sided with Pakeha against the invasive Pai Marire forces, even coming down to Napier to fight the 'foreign' Pai Marire invaders when they came to Hawke's Bay. He also fought alongside Rapata Wahawaha and colonial forces against Te Kooti.

Hence this monument, erected after his death, to thank him. (It is on the main highway, near Nuhaka.) 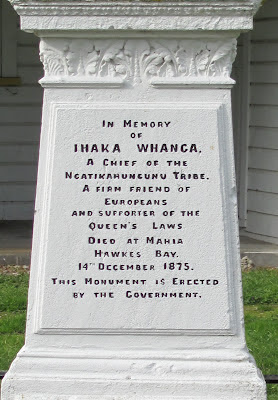 This is a beautiful old photograph of what it once looked like - much more elaborate. (It is from the Alexander Turnbull Library Collection Ref 1/4-a7493) 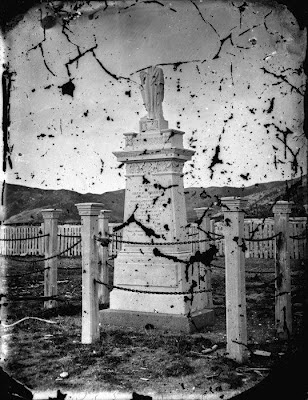 I reflected on how today we are asked to believe that all Maori were 'resistance' fighters during the 'Pakeha occupation'. This fiction has been helped along - perhaps unwittingly - by the historical works of Judith Binney and James Belich.

My analysis is this: both Binney and Belich were 'children of the revolution', that is 'old lefties' and both unconsciously searched
NZ history for a Che Guevera role model among Maori. Binney came up with Te Kooti and Belich with Titokowaru - both 'heroic' models of resistance fighters.

However the story of Pakeha and Maori interaction was a lot more complex than that.

And in many ways kupapa stories are as interesting, even more interesting, than the somewhat overblown tales of resistance written by Pakeha kupapa or sympathisers like Binney and Belich.

There is an excellent thesis which you can view on line about the life of Rapata Wahawaha, of the Ngati Porou - he was the man who really pushed Te Kooti into a form of submission, or at least, subsidence.

It interested me as Rapata was one of the men who in the end delivered Kereopa Te Rau (the man most associated with the killing of Volkner) to Napier after the Tuhoe grew exhausted with sheltering him. (In other words here we have a complex situation between different Maori iwi with no very clear sense of good versus bad.)

Newsflash: the past was as muddled and mixed up as our lives in the present.

But it's inherently dangerous as it encourages simplistic reactions.

Not so long ago a paediatrician's house in Britain was stormed and wrecked after Murdoch's 'The Sun' went on
a crusade about paedophilia.

People got worked up.

They also couldn't work out the difference between a paediatrician (who deals with children's illnesses) and a paedophile.