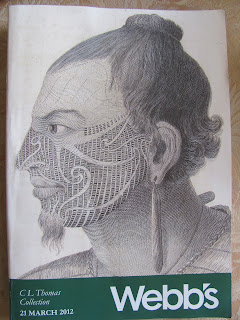 On Wednesday I attended the CL Thomas book sale in Auckland. (Bethunes at Webb's 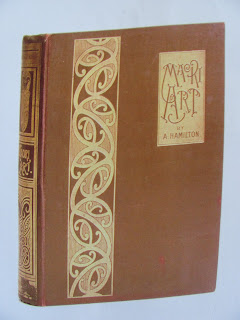 It was the collection of a Napier chemist. (And in that small town way he had married the sister of my mother's godfather.) I was astounded when I found that it contained manuscripts which had belonged to William Colenso.

Why astounded? Because there had been plenty of publicity about my researching the life of Colenso in Hawke's Bay but the owner of the material, who lives several kilometres away from where I sit typing, had not got in touch. Charitably one could say she did not hear of my researching the life of Colenso. Uncharitably one could say the owner waited till my book was published and the name (and share value) of Colenso rose in the world, then she put the material on the market.

Alternatively again, it 'all just happened'. 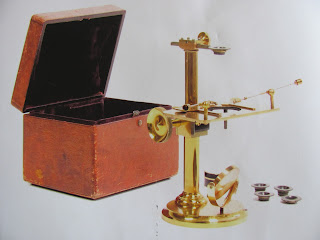 One of the key exhibits was not a book at all. It was a microscope which Hooker had sent to Colenso in October 1885. It even had a 'WC' scratched underneath it. There was also a small collecting tin which was connected tangentially to Colenso. But the things which most interested me were the two diaries from 1892 and 1893 and his school inspector reports (1873-1878).

I looked at them quickly, in the time before the auction began. There seemed little revelatory information. However they were invaluable contextualising documents.

The auction itself was fascinating. Initially I thought it was under attended - probably twenty people sat there. But as always with auctions, there was a kind of geography of desire. Some people sat at the back to covertly make their bids so they could enjoy a view of the other bidders from behind. Others sat in the very front row and made their bids by such a small gesture that those behind could not see.

It was the last auction by Francis McWhannell (who had launched my book.) He advanced at great speed, with images of each book or object rising up on a screen behind him. Many of the books were great objects of beauty in themselves. 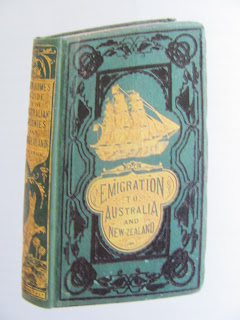 I had decided I would not bid.

The bidding for the microscope was very exciting. The first bid came in at $5000, which set a high standard and from here it was fought out initially by three bidders (one in the room, two on the phone) then it became a war between two absent bidders. It rose quickly to $7000 and I felt….I felt William C would have been chuffed. He was being remembered, being honoured. Something he had used (and loved and valued highly) had become a highly sought after object. Finally it was knocked down to an unknown bidder for $8200. I suspect - hope - it is a national museum.

Oddly some of Colenso's essays didn't seem to fetch as much (the exception being Fiat Justitia which rocketed away to a very healthy $1600). For some of these tracts I found my hand rising up. I started bidding for Colenso's anti-Catholic tracts - I told myself it was connected with my current project - which it is. 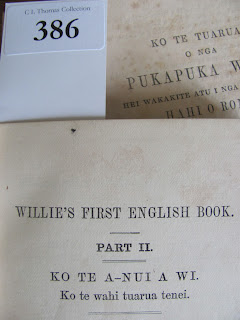 Then Willie's first book of English came up. Oh dear, no interest. Once again, I felt I rode to the rescue and bid.

This was getting ridiculous, I told myself. I gave myself a stern lecture. No more bidding!

And so,when a first edition of Alfred Domett's long prose poem 'Ranolf and Amobia: A South-Sea day-dream' came up I sat there pie-eyed while the bid hung around the $20. I think it only went for $50. I just about wept.

Anyway, such are the swings and roundabouts of any auction. You need to be quick-witted, yet not too spontaneous. (Small sums have a way of adding up to quite nasty amounts.)

I was pleased that some significant Colenso material was making its way to museums and
institutions. I felt Colenso himself would have been pleased about this.

There was a definite sense of Colenso being a hot property.

Ironically some - perhaps most of the Colenso material? - came from Henry Hill's five bob lot, when he bid at the fire sale of Colenso's papers and books after WC's death.

What comes around goes around, I guess…. 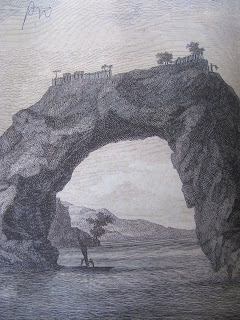