On my morning walk, I ended up looking at the sun dial by the Sound shell. This is an excessively decorative schema, the favourite site for photographers trying to capture Napier's art deco flavour. 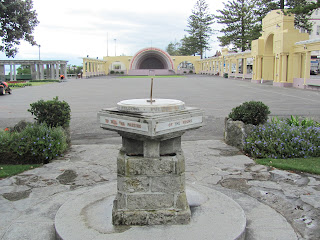 (A friend visiting from Brisbane said, gesturing towards it, 'all that cake decoration stuff'. It does have an enchanting excess almost entirely out of character with the pragmatic ugliness of most New Zealand small towns.)
The sun dial has wording round its top which has the stereotypical folksy wording of the 1930s: 'Smiles Equal Sunshine…'
A later addition cut to the chase: 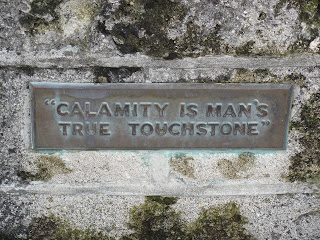 The fact is there is nothing on this part of the Parade to alert people to the fact they are standing on the debri of a disaster. (Post quake a lot of the masonry and rubble of the shattered burnt out buildings was dragged to the beach and compressed and used to create the ground on which the decorative schema now sits.) 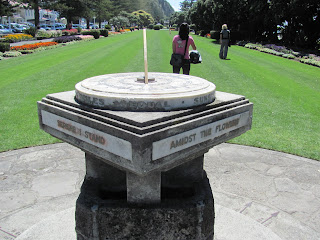 It was a form of ellipsis, a cover-up if you will. It was understandable: trauma is best left behind, especially in the immediate aftermath when all you want to do is forget. But isn't there something in the strange and almost stilted (beautifully stilted) silence of the gardens and the decorative schema which evokes…its opposite?
Besides, is forgetting the best way forward?
Anyway, while looking at the sun dial I noted those arrows peculiar to isolated places (how far to London, for example.) Are these special to New Zealand? There are so many of these poignant arrows poised to fly off into space. The echo coming back is "you are not so far away. You are not lost. "
Unfortunately they tend to have exactly the reverse effect.
All you feel is…distance. 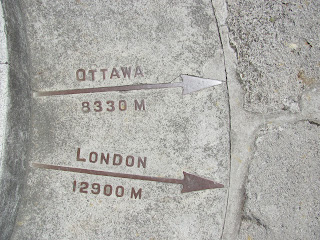 The destinations - Ottawa, Capetown, Canberra, London - also evoke an ideological framework. In the middle 1930s the framework of the British Empire was still extraordinarily strong - it took the following world war to reveal both how strong it was (the number of 'British subjects' who died for emperor and empire) and how weak.
The post war world would reveal a shrinking of empire so fast that by now, 2012, the British empire hardly seems to have ever existed. It is as distant as the Portugese empires and other vanished behemoths.
But in 1934 it was important to point out the litmus of the phantom empire: the Falkland Islands are there.
And then, this surprising addition: 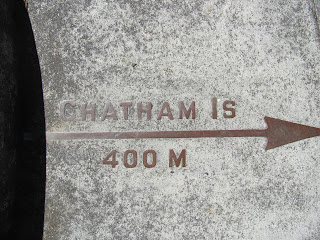 I turned round and looked across the Bay, to Cape Kidnappers. I had no real idea of the geographical position of the islands. 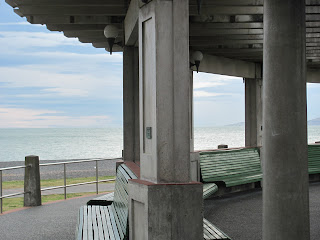 I instantly saw in my mind's eye that grim photo of Maori huddled in their blankets under the cliffs of Napier. (Were they in fact near the prison?) I thought of how people often write that Te Kooti could be among these people, unidentified. (It is part of his mystery - his power in a way - he was never caught by the camera. He eluded photographic capture.) 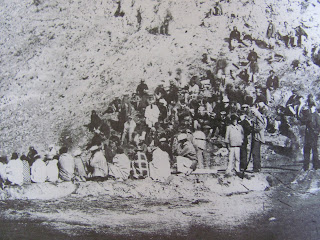 ATL 118691 1/2
In a way this illegal exile to the Chathams (without trial or due process) was the start of a disaster. In a broader sense though it was part of the messianic response of a people pushed to extremes. Kereopa Te Rau and the Hau Haus were one response. Te Kooti was another. They are different fingers of the same hand, in one way.
So I was very struck by this enigmatic pointer. To me, it seemed to evoke something powerful - and other. Napier's relationship to the Chatham Islands….and the beginning of a whole extraordinary history of massacre, religion, chase, belief which unravelled… 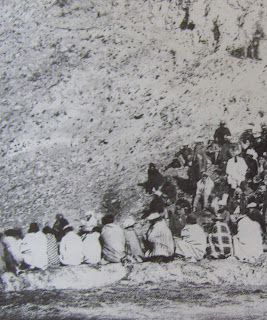