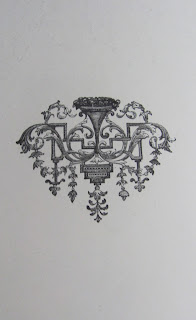 I've been reading a lot lately on libraries and whether in fact a personal library does reflect someone's mind or only their aspirations (call that delusions.) I'm not sure, really. But this is a book from R. Coupland Harding's library. 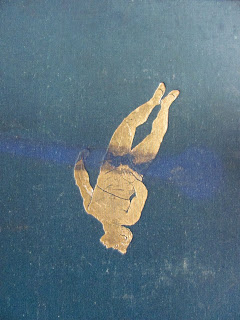 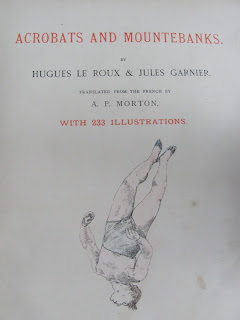 People who have read 'The Hungry Heart' know Coupland Harding as a kind man who did much to make Colenso's later life pleasurable. He was a remarkable typographer - internationally outstanding really - and it was one of those strange historical combination of circumstances that he lived in Napier. (See D.F.McKenzie's sympathetic biography of Coupland Harding on www.teara.govt.nz/en/biographies/2h13).
Needless to say life in Napier was not easy for such an intellectual giant. He must have felt pleased to know someone like Colenso - 'New Zealand's first printer' as he was known. The two men often talked about the history of printing in New Zealand. But they also talked laterally and emotionally and in depth. In many ways Coupland Harding was the kind son Colenso never had.
I bought the book at a Bethune's auction purely because of its bookplate - and its subject matter. 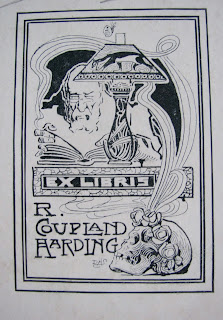 Only later did I learn that the old man in the plate is meant to be Colenso himself (although bald which Colenso never was....) Like all writers I cursed the missed opportunity of having it as an illustration in my book, especially as it seems to epitomise that aspect of Colenso which was so important to him: the collector. (I love the way the image is bedecked with such wonderfully decadent end-of-the century imagery - the skull, the flowers, the seeming drift of a opiate….)
But I also loved the subject matterof the book - the life of the circus.
I have an extremely vivid memory of a circus at Western Springs in Auckland when I was a child. It was one of my great formative experiences, along with seeing my first film - a b&w Mickey Mouse short.
These are some of the beautiful fin de siecle images from the book, sort of Degas in print form, I think. They are done by Jules Garnier. 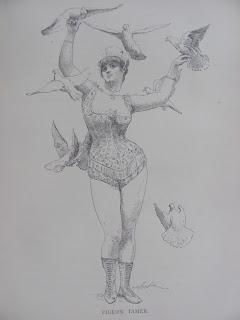 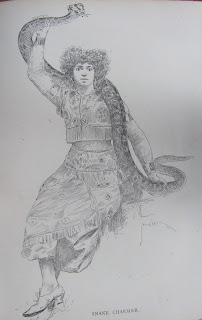 It thrills me to think that Coupland Harding once had this in his library. But did he ever look at it? It appears well worn, with a line on the beautiful cover which would seem to intimate something had been spilled on it.
But did he read it? Or was it just a vanity production, an impulse purchase?
In fact I know he read this book. Because on page 305  there is a small note, in almost chaste pencil. It says (In Wellington, N.Z. 28 II 1902) 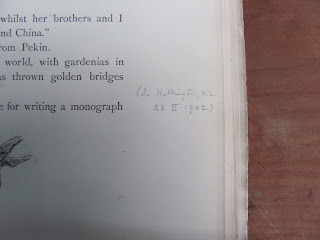 In other words he was recording in the margin that "the Craggs, gentlemen acrobats" who performed at the Folies Bergere and had a mad success in New York before 1890 had visited Wellington in 1902, in perhaps a slightly less electrifying moment in their career.
But wait, there's more!
Coupland Harding (and I believe it must be him since it is done so professionally) has 'customised' the book by adding two choice photographs of female performers. Whether he had seen them or whether they had pin-up value I leave to your judgement... 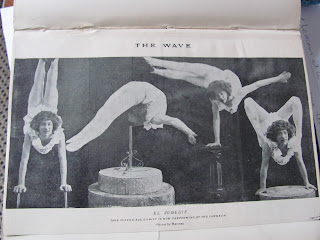 So this is my kind of Christmas present really - the beauty of these images.
I like to think the characters on the pages came to life in Coupland Harding's fertile brain and the acrobats swung off into a beautiful infinite space….where they revolve still, every time the book is opened... 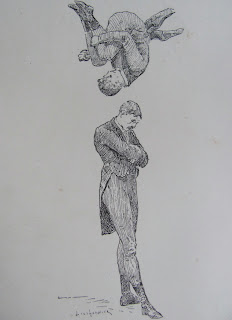