I have come to the conclusion, as I drive and walk round Napier during the World Rugby Cup, this is what it must feel like to live in a country when it has been occupied. 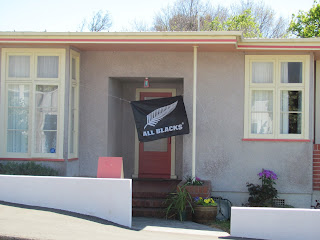 Cars, especially SUVs drive round with various pennants fluttering from the top of their car. Every newspaper you read is drenched in a single broadcast information. 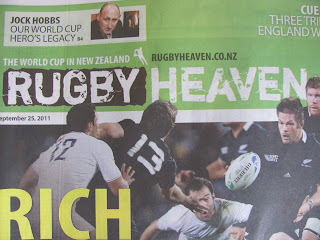 Then there is the news. Rugby dominates the main part of the news bulletin and then, when it gets to sports, its endless dominion just goes on, and everything is reported in more fawning detail. 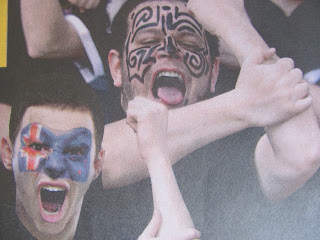 Sport - rugby - at present occupies New Zealand with the placidity and
lack of self consciousness of an occupying foreign power. 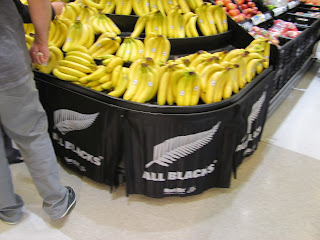 Those of us who choose not to join in have a faintly restless feeling of being outsiders. We do not join in the happy throngs who welcome the occupying troops. We don’t cohabit. We watch the broadcasts simply because there is no alternative. But we don’t believe.
Even that sense of a triumphant tournament only delivers the sensation of someone walking down an empty backstreet while the Berlin Olympics happens several suburbs over and the entire sky echoes to the roar of crowds.
All this would not be so bad if this were only a fantasy, or the feelings of someone to whom rugby is an occasionally interesting game, which delivers young male meat at peak physical condition into the gladiatorial ring to be pulped, hammered, and if successful, to be fondled in full public view. (I realise it involves bravery, physical stamina and highly honed skill. But rugby players are also marketed with the efficiency of any consumer product. The pretty go to the front of the queue.) 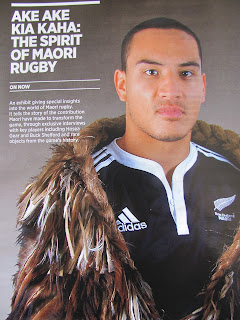 Unfortunately the stakes are much higher than that.
Much much higher.
John Key, or as New Zealanders call him Jonkey-rhyming-with-donkey, is superbly cynical in his exploitation of New Zealanders’almost blind love of rugby.
He has attached this fervour to his political machine.
It is horrific to watch this country slide into a craven political obsequiousness for a mediocre politician who seems to have delivered - precisely nothing.
Or is it jonkey’s astute perception that NZers pummelled by earthquakes and hard times need a break?
But by exploiting New Zealanders love of rugby he has unwittingly accessed a potentially hysterial mood. (It was a form of hysteria which overtook NZ in the days after the relatively minor messup at the opening bread-and-circus spectacular in Auckland. This is the problem. These huge moods can lend themselves to mood swings.)
I like mardi gras, festivals and fetes...but this one has an unwitting air to it of a slaughter of the innocents.
The public seem gloriously unaware that the National Party will use its second re-election as a mandate to do all sorts of things the electorate would never agree to if it were in a more rational, accessing mood.
I never had any particular feeling about John Key before this.
Now I am beginning, like someone living in a country under foreign occupation, to have a deep suspicion of what he represents.
At the moment we seem to be living through a blithe unconsciousness amounting to blindness and it is only a spoilsport like moi who feels...he lives in a country occupied by aliens...
But maybe the resident alien is me.
Posted by Peter Wells at 5:10 PM