I was in Palmerston North for the night... 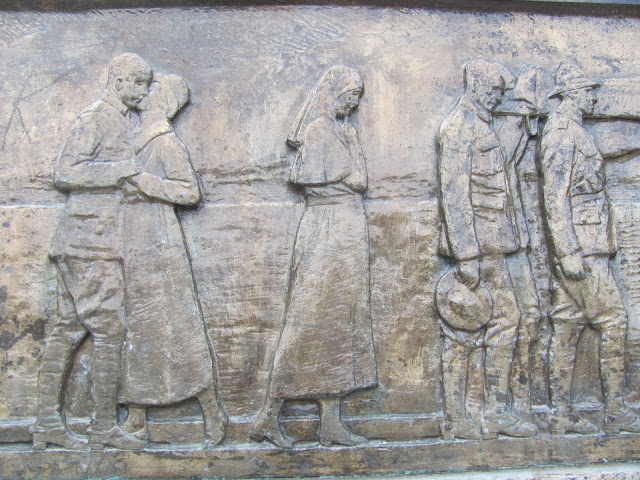 I was in Palmerston North for the night. It was getting towards dark and I was wandering round the main square. I was as familiar with this square from Edwardian postcards as I was with its reality. I knew it was formed in the shape of a Union Jack. It was littered with the usual municipal attempts to wrest meaning out of bathos. But in the middle was a war memorial. It looked unusually individual. I decided the next morning, when it was light, I would come back and have a closer look. 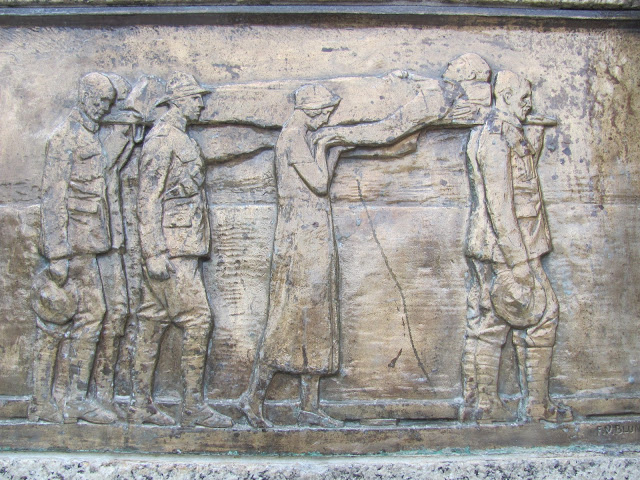 There were some teenagers sitting nearby smoking. They radiated a kind of glowing hostility. Is there any period in your life when you are more sardonic - more profoundly bored? 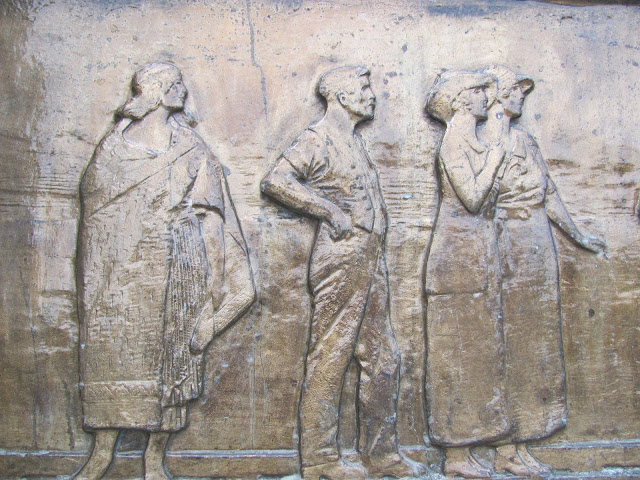 But the war memorial had a series of images which were New Zealand specific. I took some photos of them, knowing the bored teenagers could hardly believe my stupidity. They flicked their cigarettes onto the lawn and looked away in disgust. 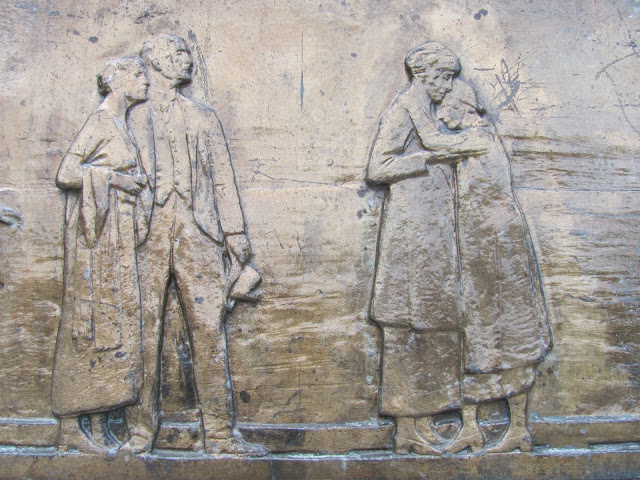 It seemed to me someone had tried to create a sense of the great disaster which had overtaken everyone's lives
1914-1918. Leave-taking, distance, being wounded, coping with dying and death - and the sheer difficulty of surviving all these things. This memorial - now so ignored and unlooked at - seemed to go out of its way
to represent these feelings with a sense of individual humans - working men and women, people wearing real contemporary clothes. 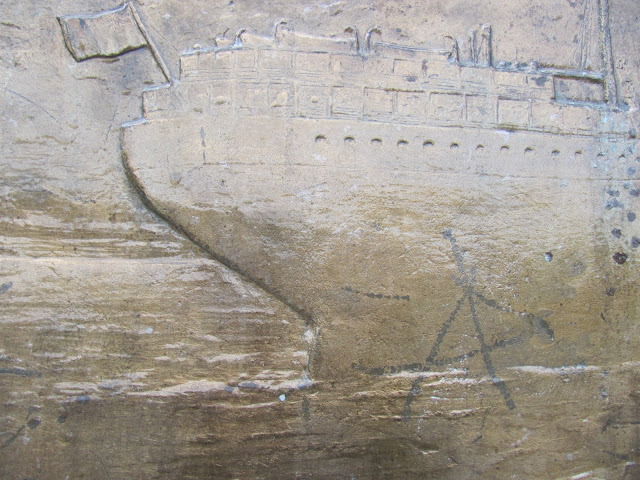 Someone had scratched something onto the surface. This immediate response was more important than all those dead emotions, things which will never touch you when you are a surly thirteen or fourteen. 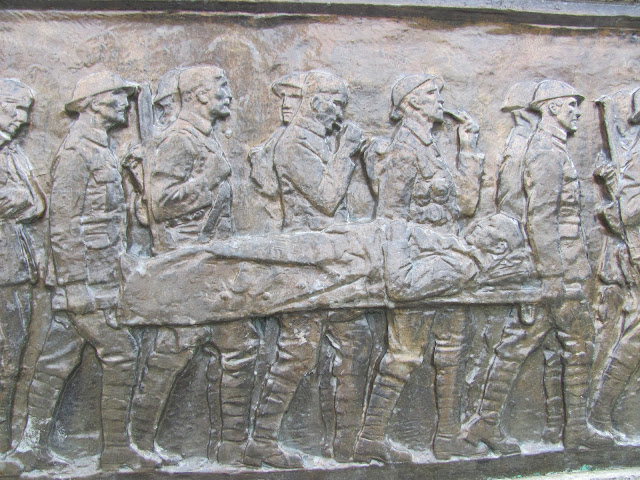 Meanwhile the tramp of silent feet goes on into the dawn....
Posted by Peter Wells at 2:25 PM