Writing biography and a novel about...biography 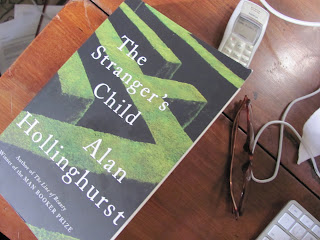 I recently finished Alan Hollinghurst’s latest novel, ‘The Stranger Child’. It’s a meditation on the nature of biography and as such it was the perfect book to read after just completing a biography-of-sorts.
The novel telescopes back through time, starting with a Rupert Brook- like poet in 1913 who appears to write a highly significant poem to a young woman. In fact the poem is directed to the young woman’s brother with whom the poet has been having sexual relations. This destabilising thread works through the novel, as we hiccough through 1928 (the General Strike in Britain), 1969 (the year of Homosexual Law Reform) and then into the present. As time moves along various writers attempt to solve the mystery of the poet who died in the First World War, prising out the secrets of the poet’s life and his ambiguous lyrics.
This is to strip the novel back to its bare foundations and to lose Hollinghurst’s precise, evocative use of language and pleasure in the obstinacy of humans in being human. Daphne, the young woman to whom the poem is dedicated, features as a blithe and eager innocent, then, increasingly, as the novel moves on, as a woman irritated at always being seen in relation to a few famous lines which conjur up a kind of vanished Englishness. She drinks heavily and, as prey to an ambitious young biographer, proves obstinate. She will not give away her secrets.
But does she actually know what the secrets are?
Hollinghurst tightens into the nature of memory itself. Memory, he says, is usually only the memory of a memory and very unreliable. Daphne has written her own memoir (as I have done) but she acknowledges its imprecision. She can no longer remember what people said and even doubts some bon mots attributed to her. Various other actors in the drama have their own version of truth.
Hollinghurst also has fun with an eager young ex-bank clerk who decides to become a biographer. He seeks to out the famous dead poet. This character, Paul Bryant, has to cross class lines and Hollinghurst is never better when Paul, loosened up by booze (and all Hollinghurst’s characters drink to either disinhibit themselves or to numb themselves) voyages out into parties where he strays through volatile class lines. (triplines?)
The English upper classes, shrunken with the disappearance of an empire which gave them such glamour, are vicious and gleeful in turns, as they toy with this interloper.
I loved the scenes of Paul the biographer nervously going to look at the original house where the poet had written his one major poem. By the 1970s it was a wreck of a place, but Bryant feels almost a sense of entitlement as he thinks of actually breaking into the house, to see what it is like inside.
I know that reckless feeling. It’s partly that nobody cares any longer and partly that you sense there are secrets which you alone can interpret. The latter is quite wrong of course, as there are usually as many interpreters as there are secrets.
Hollinghurst divides the biographical pursuers into a theory-driven writer who ends up with a fabulous university job in America and can’t write a line of comprehensible English - and Paul, the professional, jobbing biographer.
Most reviewers condescend to the character Paul, calling him unintelligent and even stupid. I think they pick up on Hollinghurst’s unintentional condescension which is however softened in the novel with a kind of innerness, an intimacy with the character which allows us to feel his pain as he is subltly or unsubtly humiliated by these upper class martinets.
I think there is part of Hollinghurst in Paul. After all, Paul is a bank clerk and Hollinghurst himself was the son of a bank manager who lived ‘over the shop’. Hollinghurst, in going to Cambridge, entered a stratospherically different class world and like a chameleon, he took on many of the characteristics of the upper class. (Hollinghurst has the most marvelously rich orotond voice - I remember at a writer’s festival, a black British author Caryl Philipps affectionately mocking Alan by saying he could do the most wonderful answerphone message: ie be a contemporary butler.)
In some senses these novels are ‘what the butler saw’ - but the butler is now alive in the twentyfirst century, has sex with anyone including people meant to be his ‘masters’ and what is more, he possesses an intellect and the writing skills to illuminate this world with brilliant insight. Like all butlers too, he has deep affection for a world which is passing away. His rites are not funereal, however, so much as celebratory.
Through conjuring up this almost vanished Englishness, he makes it live again before our eyes. Unusually however he is not right wing - his picture is wide enough to encompass the notion of the recent riots - of an England rotting from within.
This is an escapade of a novel taking biography as its subject - and Hollinghurst teases the subject out most enjoyably. I spent some of these recent hideously wintry mornings in bed enjoying what is a good read. And I have to admit, because of where we stand in relation to contemporary media, once or twice I marvelled at the fact that I could see, sense, smell the world Hollinghurst was evoking, just by running my eyes along a line of inked characters. I was smitten again with the beauty of print - or at the very least - the power of written language. 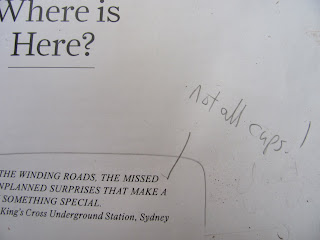 What did I think as a biographer of sorts? Janet Malcolm in The Silent Woman and subsequent nonfiction works writes very perceptively about some of the problems of writing biography. One of the things she talks about, which is hardly ever mentioned, is the pleasure in doing harm. Being malicious.
I must admit I wasn’t ever conscious of this - in fact I tried hard to be fair and even handed. But this is the fact: just by writing about people you inherently limit their full reality. You necessarily pick out certain characteristics which appear or appeal to you. We all go into situations with a certain amount of baggage. (Often the journey of a writer is to move from one point of view to another.) But this is also another fact: people generally move from a sense of pleasure in being the subject of a piece of a writing, through to ambivilance, through to varieties of hostility.
It isn’t always pleasant reading about yourself seen through other people’s eyes. There’s some fundamental betrayal involved. Janet Malcolm in her nonfiction books always went out of her way to foreground her own partial - even impartial - knowledge of another human. Hollinghurst’s game of pleasure is all about this rondelay, between subtle shifting shades of truth and the way writing almost always demands the finite, the certain, even the dogmatic.
Am I aware of that with my Colenso book? Almost certainly. In my mind I was always writing an infinitely permeable book which never sought to limit its subject. Did I succeed? Or did my desire for a narrative overtake me? Martin Edmond in his latest book on Colin McCahon seems to have managed this sort of shimmering uncertainty - and this is about someone much closer in time to the present. I guess I’ll get a better sense of this once I am no longer so intimately connected with the book...
At the moment I am not even sure what I’ve written....
Posted by Peter Wells at 4:59 PM