Dropping off the first proofs... 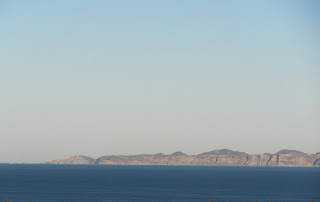 I dropped off the proof of 'The Hungry Heart' on Tuesday morning at the publishers. Most people's ideas of publishers come from 1940s films, wherein agents sip cocktails in smokey Manhattan restaurants while
bandying witty bon mots, ghostwritten by Joseph Mankoweitz Jnr. In fact most NZ publishers are in the depths of the suburbs. Publishers are prosaically where their warehouses are. Not very glamorous.

Nevertheless I felt a huge weight lift off me as I drove away. I know there is a lot of work to come with second proofs, an index etc etc but psychologically I felt free of a project which has kept me engaged since 2008.

I've been helped though. I was very touched when various people contacted me and offered me images,
after my last blog. I found the generosity amazing. The fact is I got out to my publishers in Glenfield through
a friend lending me her car for what would otherwise be an expensive taxi ride.

In a panic I contacted an acquaintance who sorted out the source of an obscure quote for me.

A friend helped me with a list of others.

This is by way of saying a project only comes to fruition through the help of a lot of people.

This is of course Cape Kidnappers. It is basically the view William Colenso had from his house on Napier Hill.
I have it on my screen at the moment.

I find it encourages me - its beautiful emptiness seems to evoke a future when I am at last free of this project (which
I know will never really leave me completely...)

I took the photo on a terrifically cold late afternoon. The surrounding mountain ranges were covered with snow.

I feel full of hope. Somehow the never ending sense of dread I felt when doing the footnotes has lifted.

Maybe I feel that the eternally vigilant school teacher is looking elsewhere at the moment....and I am free to play for a while...

Writing and the visual arts

Greetings,
I’m just at the stage now when I’m sourcing images for the Colenso book. It’s one of the more pleasurable parts at this end of the book, which is all about tidying up, screwing the nuts down (kind of like making a vessel watertight as it faces a long voyage which will inevitably include a number of storms.)
I’m using a ship metaphor here advisedly -William Colenso liked the ship as metaphor and used it constantly in his letters, or when giving advice.
(This is Colenso in 1878, when he is 67 writing to a young sailor down on his luck, to whom he is sending some money...)
’I heartily wish you well: - may you prosper in whatever you may put your hand to! Keep a good look-out ahead; always keep on a regular true course; don’t seek to carry too much sail - or, in other words, go too readily in for speculating; don’t take up drinking habits; don’t borrow, if you can help it; and with good health, a willing heart for work and God’s blessing , you are sure to succeed.
Permit an old experienced hand - nearing the ‘3 score & 10’ to give you those few words of advice.’) 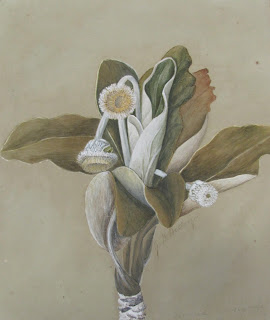 The strange thing for me as a film-maker is the degree to which publishers feel ill at ease with a writer being integrated into the visual side of a book. For example a cover image has to go before a committee at the publishers. One never finds out who is on this committee. I have heard that covers are even sent to major chain booksellers like Whitcoulls who then pronounce, from their high position of market authority, on whether they think the cover will sell.
Given that Whitcoulls is a thinly disguised Lotto outlet that chucks a few books against the walls in the dim hope that the visually impaired will bang into them, then grab whatever bounces on their head as a life support, I don’t hold out much hope.
Yet I know as a book buyer, the lay out and aesthetic pleasure of the book as an object is a definite lure to me. (There are other incredibly important lures of course, cheif of which is content.) So I find this kind of creative apartheid, which seems so deeply ingrained in publishing - writer kept apart from visual look of book - a little frustrating. (For example it has just struck me I have no idea of the font of the typography of my book....)
Having said that, I am still thrilled with some of the visual material I’m gathering together which the publisher is very receptive to. It helps lure me through this part of the book, which is all about the minutiae of the detail. (Do I have the right source for a quote? Will some smartypants academic delight in destroying the entire book on the basis of a slipped number?)
This leads me to a segue. I read recently in the New Yorker, which I love reading for its simple effective prose and high content level, that a blogger called Jeff Nunokawa described his blogs as ‘brief essays. That is to say, what Hume was getting at in the essay on essay writing: rendering the sphere of scholarship sociable.’ I really liked this latter description and thought that was implicitly what I have aimed for in ‘The Hungry Heart’, my Colenso book.
It’s to make knowledge something pleasurable and interesting - the sort of topic people would talk about over a few glasses of wine. (I’m going to check out Nunokawa’s blog this evening, it sounds great.)
And...to segue again....I was so thrilled to see Rupert Murdoch being chased round a golf course by a flock of reporters harrasing him. For the first time in this bleak year of disasters I thought: so there really is a god.

Fare-thee-well
....for your info...the typefaces come from Colenso’s second press, an Albion press, which he brought with him down to Waitangi Mission Station, out of Napier, in 1844.
The painting is of a native plant by Georgina Hetley, a Victorian painter whose works are held in the Hawke’s Bay Museum and Art Gallery. I’ve got both the typefaces and lovely pic in my book.
Posted by Peter Wells at 6:25 PM 6 comments: