How to organise a shelf of books.... 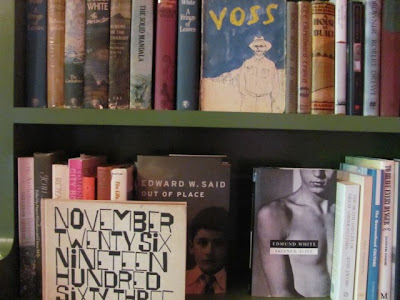 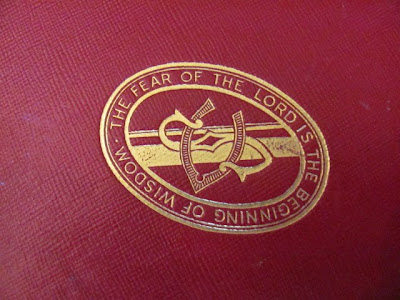 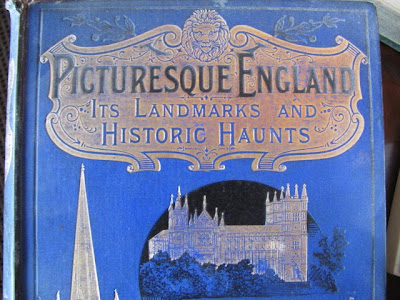 I did not come from a bookish family. I had one aunt who went to university but she was the exception. My family were a typical colonial product of an upwardly mobilising sort. They were ‘too busy’ for books. Hence the books which have been handed down in the family, tended to be prizes from school.

These of themselves tell a tale.

My grandfather won a prize in the 1880s for school attendance at Napier District School. His prize was a book all about the sights of England, the images beautifully steel-engraved.

My grandmother’s book was Bunyan’s Pilgrim’s Progress, a Sunday School Prize dated April 4th 1897. It is signed by the minister who would later officiate at her marriage (and give her an elegant green leather sort of purse in which tiny old and new testaments were carried.)

My mother’s school prize is a smart looking scarlet volume, the contents of which I doubt my mother ever browsed through. (It was a book by Thackeray and had essays on Swift, Congreve and the Prince Regent.)

To her the bookplate was what was important. It was like a prize certificate.

Dad’s book is limited to one. This is the one the government sent to every soldier at the end of World War Two. It concerns his part of the war action and inside the front cover is a small piece of paper (useful for me) which indicates his years of service and rank.

Dad never read the book just as he never wore his war medals.

He was disdainful of such ‘trivia’.

I do not believe any of the above books were ever read. Perhaps my grandfather’s book, which is full of beautiful steel engravings, might have been looked into on a rainy day.

My brother is represented by many many many books. Two I have chosen, almost at random. One is the History of Religion which my grandmother bought him in the 1960s. It is a large format book, full of new colour photography. My brother was religious.

A ‘girlfriend’ to whom I swore undying love at the age of eleven and I used to look through this book for its ‘dirty pictures’ - saints without clothes on. So it was instructive.

The other book from my brother is a book about the dates of English silver and porcelain. He was a collector with that sort of minute intense sight which true collectors have: the ability to sight a single object of value in a junkstore full of rubbish. Usually this happened within four minutes.

There are other books I placed in this alcove of memory:

The Before and After book about the Napier earthquake that changed my mother’s family’s lives forever.

The Solway College school magazines from the early 1930s, from when my mother was shipped out of the burnt out destroyed city of Napier to the safety of rural Masterton.

Each of these books is so impregnated with the personalities of the people who owned them. They have their smells, or the smell of the houses, cupboards, book shelves they were kept in.

The cultural references also summon up a vanished world.

After my death, they will become meaningless to anyone else. I thought of this quite acutely as I organised them on my shelf.

But I felt happy, at peace. I was reconstituting my family through the objects they had owned and cherished. My father and brother had died a long time ago now. My mother touches these same books with a tentative air. Ownership has eluded her as she goes deeper and deeper into the future - or is it the past?

But for a while this strange collection of books comforts and speaks to me in many voices.

So...this is the use of a shelf of books.

Finally...the first image is a picture of another shelf....which is more about me.

Frances Hodgkins once did a beautiful self portrait in which her face and body were entirely absent. This is kind of like a self portrait then, in the form of a couple of shelves of books.