in the exhilerating presence of danger.... 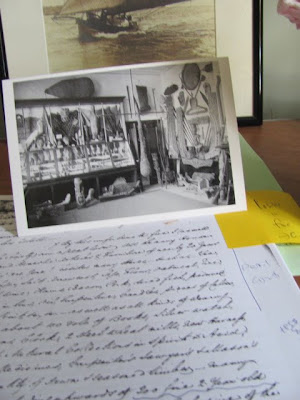 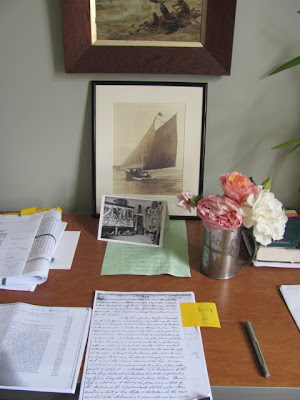 At the moment I’m concentrating on my book. I feel I am in the heart of the book at the moment.

How do I know this? There’s a sense of time slipping away. I have a deadline looming just over the horizon. But also there’s something else.

I’m already wanting to set off on a new project. I feel a little nausea with the existing book - I’m sick to death of it (usually a sign it is about to time to bring it to a close.)

But there’s also something more: there’s a kind of intensity to the writing which is actually physically exhausting. It must be to do with concentration.

In some ways it’s not unlike going through a period of danger. You have to remain preenaturally alert. This is because the book at this point could go off in any direction. It could - easily - slip through your fingers. Or you could nail it.

So you spend just the same amount of time at your computer as you normally do.

But somehow when you get up you are exalted, exhausted, disoriented and somehow phased by everything else.

You don’t seem to fit and your subconscious is only slumbering - waiting till you connect with the material again.

Anyway that’s how I feel at the moment...

The photo is of my second desk, where I lay out material to browse through.

It is a xerox of Colenso the missionary talking about the fire which destroyed his raupo mission hosue in January 1853.

The small card is a photo of the museum that Colenso effectively created here in Napier later in his life.

The photo behind is my grandfather’s mullet boat yacht in 1910. The boat is loaded with my grandmother in courting attire - a large hat tied on by a scarf, a stiff high collar and cotton and linen clothing, probably in cream and white.

They are sailing on what was the inner harbour. This raised up in the 1931 earthquake and became land. So it’s an ordinary picture and an extraordinary circumstance.

The roses are from my garden and emit a beautiful scent I catch every so often when I move round the room.