I had been a long time away. 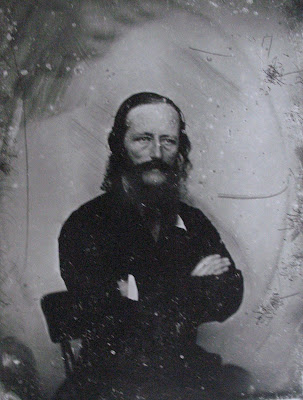 I had been a long time away. My elderly mother had suddenly become ill and my world collapsed into chaos and uncertainty. As the only surviving child and descendant, the responsibility fell on me. But to use the word ‘responsibility’ is to ignore or confuse the implosion happening in my world. Imagine a tent with the central pole suddenly removed. This is how I felt. I was floundering, lost, confused - always trying to do the right thing, at the same time aware time and nature were moving against me. My mother is 94 years old. She is half the age of New Zealand as a nation. Some people would say it is time she died. But for me, I was full of the feelings of a scalded child, an angry human refusing to accept the unacceptable: eclipse.

So all my researches into the life of William Colenso vanished. It did this with the abruptness of an old fashioned roller blind. The kind you used to touch and suddenly they would ratchet away, furiously, rolling up into a tight roll, the fringes shaking with fury.

It had all vanished - the pictures in my head, the mosaic which was forming, slowly, like a revolving kalaidoscope which gradually would produce the image, about which I would write. I would attempt to delineate this image with my best friends - words.

But now all my words were attached to a very specific situation: the survival, or not, of my mother - and seemingly, my world.

Things changed. A photo of William Colenso, post catastrophe, somehow spoke to me in a way it never had. I suddenly saw him clearly. He was like a blackbird drenched in a long cold rain. He was saturated, sodden with misfortune. He had survived, but only at a cost. He was shriven, shrouded with catastrophe. The world had turned to ashes and the taste of ashes was in his mouth. This is the ambrotype taken of him by Crombie, the peripetatic colonial photographer. A skilled image-maker in his own right.

How had I not seen this before? Or I had sensed it, but somehow all the static of my researches, the endlessly buzzing hive of thoughts, had detracted me from this singular clarity. Nobody wants to see like this. Yet this form of seeing is its own - horrible - gift.

This image, I suddenly saw, is of a man who has survived a tragedy. His whole world imploded - marriage, career, loss of children - respect. But somehow the granite of his being is so obturate that he continues on. Call it amour-propre, or

ego. But now I look at this photo, I see so very clearly a man who has just gone through the most eviscerating experience in his life. And he has survived. But only just.