To collect is to gaze into the future 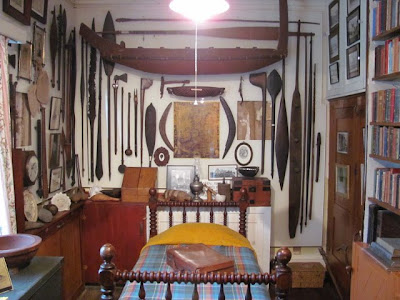 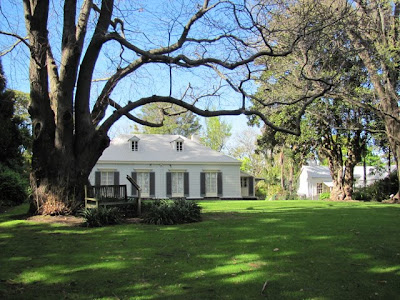 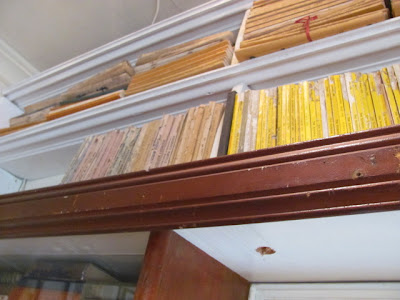 Here let me give praise to collectors. This is the room of the strange little man who effectively ensured that the extraordinarily beautiful building of the Elms survived. (The Elms is the old Mission Station in Tauranga.) His name was Duff Maxwell and I understand he worked as a nightwatchman. I could be wrong, but I imagine the Elms by the 1950s had become decayed - probably magnificently decayed, its paint rough, the garden wonderfully overgrown. (In fact the garden still bears remnants of the magic sovereignty of Duff Maxwell) There are exotic palms he planted. But it was he who occupied the house, loved its walls and floors and ceilings - its secrets, the whispering voices that come out at night, at 4am in the morning. It was here in the 1860s the British officers dined before going off to die at the disastrous and foolhardy Battle of Gate Pa. It was here where Maori wounded were brought the next day, many to die. It was here where the missionaries came, clustered, prayed and probably felt degrees of failure, joy and sorrow.

But in the 1950s and 1960s these would have been just the faintest echo and of little interest to anyone - except a strange obsessive collector like Maxwell. A man out of his time, in the wrong time: the past which is also a future invisible to everyone around him.

That is why I love this room. His bedroom. The narrow bed of an old time bachelor. The beautiful arrangement of objects on the wall - like musical notes. in an imaginary sonata.  He slept in this chamber of memory. I especially love the slim bed - the bed of an obsessive.

The guide said to me they asked kaumatua to come to look at the objects which should ‘by rights’ be returned to the people who gave them as a koha. But the kaumatua on seeing the room - and recognising certain objects - said, no, this room is the right resting place for them. The right waka, one might say.

I loved the neat line of National Geographic stored over the doorway on a special shelf built to contain his collection.

What a beautiful nest for the dreaming sleeper.

And it is to eccentrics like this that wonderful, apparently archaic, apparently useless taonga like this building, this site, are carried into the future. So I see this room as the insides of a cabin. The interior of a waka. A great cubby. And this too is coursing its way home on the dreaming sea.