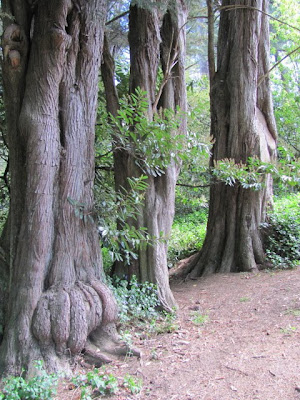 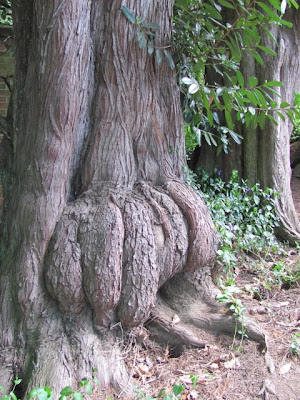 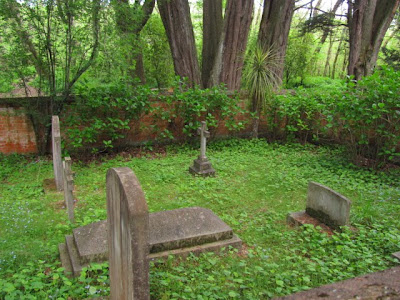 - the shrill colour of new oak leaves in spring, outlined against a blue sky. If you look intensely at the leaves it soon becomes impossible to tell whether the sky is green and the leaves are blue. But it’s the translucence of the green. Each spring it’s astonishing, and new, like a furiously intent green storm.

- pine trees. Macrocarpas. When I was a kid we lived two houses up from a park. In the park were huge pine trees. In winter and late at night the pine trees roared. They were talismanic. Nightmarish. And intimate. The smell of the pine needles. The amber gum coming out of the bark. Dark and black too, like a 3B lead pencil scrawled on white paper.

Over time these awkward strangely beautiful trees came to seem to me a sign of pakeha occupation in the landscape. Perhaps for this reason they are being removed. (For example the trees around Wellington). You only see the occasional startling kabuki shape of a macracarpa on a farm these days, whereas once you saw them everywhere. Those strangely amputated trees which the wind had blown into a frozen shape.

I mourn their absence. They are part of a tapestry of history here. But they are becoming ‘unseen’ - invisible - things to be removed. (Like the old oak trees in Auckland’s Domain, which arborists say have reached the end of their life cycle. They may live for hundreds of years in Britain. But in New Zealand they fast forward to mortality in a mere hundred. Allegedly.)

Maybe for this reason I was very pleased to see these old friends. They are macrocarpas planted over one hundred years ago as a shelter belt round a grand house in Tikokino, in Hawke’s Bay. I love their shapes. Even better, here they mark the entrance to an entrancingly private family cemetery. It is enclosed within a brick wall and has an elaborate ironwork gate of some style, dating from 1928. There was something shrouded, obscure and private about it all. A tinge of Edgar Allan Poe....

But most of all, for me, I felt overjoyed to find the enduring familiarity of these old gnarled trees. Here they attain some kind of majesty.

They occupy the unfortunate niche though of a cultural blindspot.

And like all things which become invisible, it is very easy for them to be removed.

After all, nobody would notice...