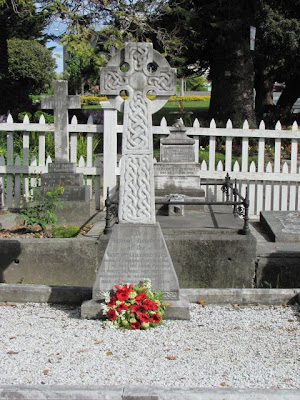 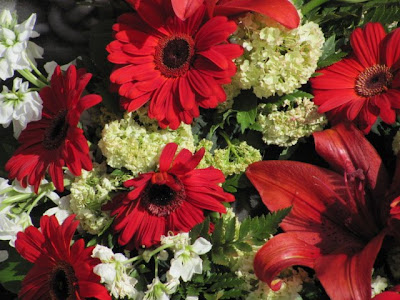 The night was still. We had finished dinner and we were sitting there. Comversation had died out. Willie, a good friend from 20 years ago, was visiting from Miama. He’s a New Zealander. He’s interested in the isoterica of NZ history and we had talked back and fro about Colenso.  I suggested a walk - a short walk, nothing too strenuous.

Already I knew where we were going. It was along Napier Terrace, a flat strap-like road which lies along the very top ridge of one of the hills which make up Napier Hill. It’s an old road.

It was somewhere between late twilight and night. There was nobody about -or rather we passed the last stragglers - three women on their way home from a late walk.

We came to the empty site where Hukarere School once was. This was  or rather is a Maori girls school. It had been set up by the Williams family who gave the land. It is a brilliant piece of real estate - like a large man’s hankercheif laid out on the brow of this magnificent hill. It gazes towards Cape Kidnappers, across the bow of the bay.

Through some process of malfunction, the school sold the site for a relatively paltry sum to a developer. The school shifted out to a damp valley, ironically just beside the granite monument which marks the victory over marauding/visiting Hau Hau. It’s the sign of a defeat.

At this time of evening, the night sky was marbled like the flesh of some just killed beast. A family living in the neglected care-taker’s house were moving round. Willy wanted to walk onto the site, to have a better view of the Bay. I commented on the way the developer (whose plans to exploit the site with over 60 townhouses had been momentarily stymied by local opposition) had dumped a huge pile of earth right in the middle of tbe vista. To me, it was like someone taking a dump. It ruined the panorama. It said: you may look but this is mine.

We walked on. I wanted to show him the beautiful little folly which is the Ormand chapel. This is a brilliant piece of wooden Gothick, as crisp as if a pair of sharp scissors had cut it out of white paper. It’s the Anglican church my mother and family went to in the 1920s. It dates from 1863 and sits right beside the cemetery in the way an animal curls up beside a hearth.

We slid in through the cemetery gates. By now the light was beautiful, with just enough aura for us to see each other’s faces and for the white speckled marble of tombs to swim to the surface.

‘Here,’ I said,’ is the tomb of General Whitmore from the wars of the 1860s - completely ignored.’

I was about to point out William Colenso’s grave a few along. But I saw something I had never seen before.

Leaning against the cross was a beautiful ruddy wreath of flowers. The flowers seemed unusual, not the artifically spright flowers you usually get from a florist. They looked full-blown, beautiful, even passionate.

‘This is where William lies,’ I said, ‘and I’ve never seen this before. Ever.’

It was as if out of the stone and marble, flowers had burst forth.

I felt an unreasonable happiness.

We walked further and deeper into the cemetery. I showed him where McLean was buried - the skyscraper monument. And where my family lay, just around the corner.

We slowly walked out of the cemetery and made our way home.

And I wondered: who the stranger or friend or family was who had left this beautiful note.