Noise and the necessity of silence 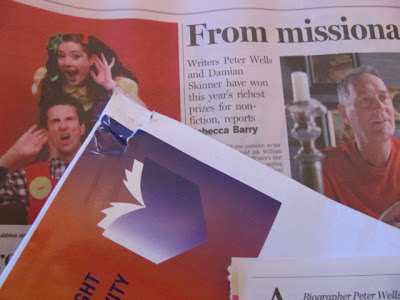 It felt like a helicopter had come down, taken me away, high into the air. I lost my bearings and felt a delightful sense of weightlessness. As with all flying, the future and past sheered off me and I seemed to exist within possibilities so tantalising I did not want the trip to end. As long as I was up in the air, I could be better, more intelligent - even younger as the weight of years was being lifted off me. This intoxication lasted days.

During this time I talked in a light and breezy way about a book which did not yet exist. I knew, I sensed this was dangerous. The gods do not like noisy voices entering the dark chamber from which creativity comes. It is rude. Yet I continued talking, evoking something which is not yet there.

Finally I woke up. The helicopter had long been landed. In fact, when I came out, it was just one of those old models parked up in a transport museum. Maybe I was a vagrant and all my dreams were the result of a cheap bottle of plonk....? I stumbled off into the daylight which pierced my eyeballs. I knew I had to refind that dark chamber in which silence reigned. I had to shut out all the echoing voices, many of which showed a suspicious resemblance to my own.

It was time to begin the hard work. And it could only be taken up with a correct attitude of modesty and alertness. Privacy and anonymity beckoned me and like a familiar set of clothing which I recognised as my own, I reached down and began, gratefully, to put them back on.

Other blogs on William Colenso...

Driving by the Mission - Sat July 11