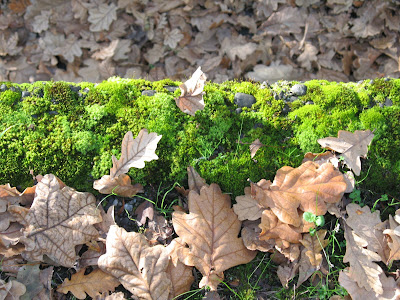 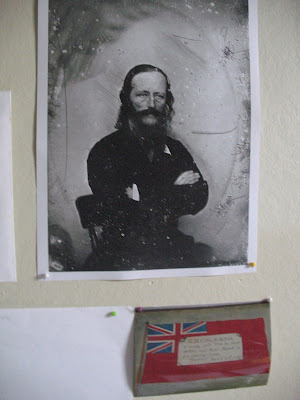 At times I do ask myself that unnerving question for the biographer: would he have liked me?

It fascinates me that people hold such strong views on the missionary William Colenso (1811-1889). Phil Parkinson (Turnbull Library) called him a ‘disagreeable, prolix lucubrator’ (trans - raver with a grudge.) And today when I went to see Peter Bloomer, an elderly Canadian gentleman, an ex-lawyer who specialises in Hawke’s Bay research, he wheeled round in his kitchen and challenged me: ‘What did I make of C’s personality?’

I murmured a little weakly that I found him ‘fascinating’.

But PB was vehemently against him. (His hair in a halo round his head, nose running, one pupil seeming to be rheumy. He wore slippers, was passionate about his subject matter, jumped from subject to subject while I sat there bewildered. Then I remembered. With the elderly, you have to sit and wait. They approach the subject tangentially, startled into a whole ricochet of memory.)

‘What did I think of all the land Colenso ended up with?’

PB sided ‘with the Maoris’, he said (still using the unfashionable and even faintly politically incorrect plural - and nowhere is political correctness more a la mode than with anything to do with Maori.)

Colenso had nothing as a missionary, PB reasoned, but he ended up wealthy. Ergo, he was corrupt.

This anger against C is often quite visceral, as if he were still alive. Of course this only makes me like him more. At times I do ask myself that unnerving question for the biographer: would he have liked me? And would I have liked him? Generally speaking I find powerful males either ludicrous or impossible to get along with. I react really badly. C’s moralising, when he was an evangelist, would have made him a bitter enemy. But there’s something in his fall from grace, some awakening to a wider consciousness which I find fascinating. He was a remarkable eyewitness at a moment of dangerously fast transition for Maori. He remained aware. And of course he wrote endlessly, daily. Words were his friends. As they are mine.

One of the worst things for a researcher is ending up with a subject which draws a continual blank.

I also reason thus: if someone provokes a hot wire of feeling, you are onto a good thing. One of the worst things for a researcher is ending up with a subject which draws a continual blank. Colenso doesn’t fire off blanks. His bullets are loaded. Hence people are still dodging them. And he remains a hot target.

It's strange being on the wrong side of history.

We were sitting in the original house of Robert Holt, a man who became a magnate in Hawke’s Bay. He had employed my greatgrandfather in the early days, before my ancestor set himself up in business. Maybe he got the idea from Robert Holt. My ancestor's house was further down the same convoluted lane, a smaller house but still picturesque.

I’ve come to accept the familiarity - yet unusualness to me - of the concept I live in a geographic space occupied by the descendants who took part in various historical dramas.

(One of the other Colenso researchers is Ian St George who must be related to the Cpt St George who led some men disastrously in pursuit of Te Kooti. St George's men were surprised drying out their clothes after getting soaked. They were stark naked and Te Kooti's followers appeared - the Pakeha soldiers were mown down to a man - the only one to escape ran naked for twenty miles, over rough pumice. He must have been in accelerated shock after seeing his mates shot down. He ruined his feet forever. Cpt St George has a very lovely memorial down the road, in the old colonial cemetery.

Of course I am a descendant of the barrack master (65th Regiment)of the Fort on top of Napier Hill - and everywhere are the descendants  - both Maori and Pakeha - who have stayed in this relatively isolated province, some never shifting and some, like me, returning after the absence of a generation.

Sometimes it feels like the old South in the America, with its faintly inbred families, its white trash and those who definitely consider themselves aristocrats (both Maori and Pakeha.)

It’s strange being on the wrong side of history.

And Mischka the cat stands, looking into the spring wind...

After talking to the old gent who was extraordinarily gracious in offering to share his research with me, I met up with a friend at the old colonial cemetery. We’ve been planting wildflowers there. We started off last summer, when it was very dry. We took waterbuckets along, ensuring the plants stayed alive. There are three of us who do it and we doit  voluntarily. I can’t tell you how peaceful it is - how incredibly good for the soul - to be in this silent place, where the only sound is that of the birds in trees, wind and distant voices - kids walking home from school. There’s even a beautiful jaguar-like cat who’s made the warm concrete of the tombstones into his home. Tuis race through the air, exhilerated by space. Yesterday we saw wood pigeons too, with their noisy wings.

Last year when I did a project on this old colonial graveyard I fell in love with the place. Yet it was neglected  - in one way quite beautiful in its monotonal colourings - greys, browns, whites, cream, green. A group of elderly men kept the weeds in check and clipped everything so it looked like a suburban front garden. We decided to floriferise. But in our enthusiasm we started planting perennial plants. The cemetery became an exciting landscape to explore and imagine planted. We started buying and planting old roses.

But there’s a problem. We only had permission to plant wildflowers, which are relatively transitory. Now we are moving into a municipal zone and we have to talk to the manager of parks reserves so that things aren’t sprayed with poison. It’s a potential collision course. Imagination and passion against local council bylaws. Watch this space.

But it feels good to be planting things at the moment. Mischka the cat edges closer and closer to the edge. I caught her yesterday just standing in the late afternoon sunlight and wind. She was standing there, as if testing the waters for some more absolute and final draft. Besides, it’s early spring...and the world is suddenly alive again with smells...